He got his bird!  He carried it all the way up the hill to the car 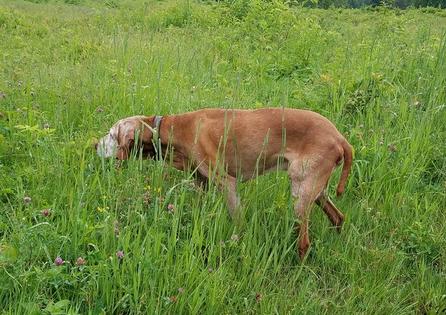 On point, his tail didn't lift anymore, but that didn't matter to us! 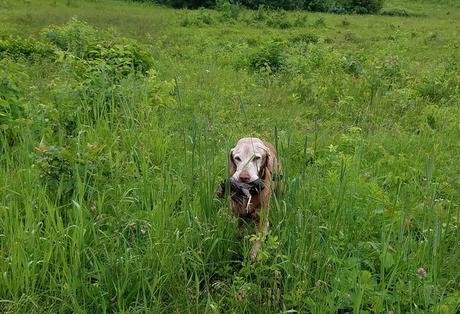 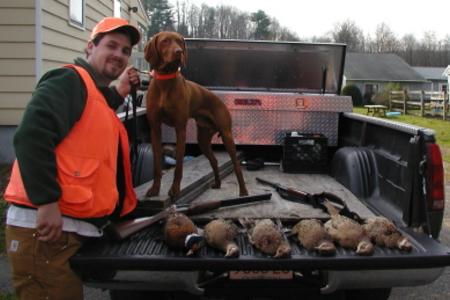 Cedar crossed the rainbow bridge in August of 2017, at just over 15 years old.  He was surrounded by the whole family while laying in the sun in our backyard.   He is greatly missed and we hope he is with Kyler, who was the only other dog he ever truly loved.  (he tolerated the rest!)

Cedar was our first Vizsla here at Forest King.  He was the reason we fell so in love with this breed!  Cedar came from a breeder in Iowa at 9 weeks old. We quickly realized how smart he was and that we were in for an interesting lesson in Vizslas!  Cedar was injured a week after we got him, which eventually led to hip dysplasia on his left hind leg, so he was neutered and was not a part of our breeding program.  He was a great foot hunting dog and enjoyed going out until his much later years.